Watch the interview with Development and technical director Dainis Kanepons (before the investment was realized):

Latvijas Piens invested in a flocculation process including a flotation unit and flocculator to decrease the amount of organic content and nutrients and to improve the quality of their effluent water. Furthermore, the collected flocs are utilized for biogas production. Latvijas Piens is discharging its wastewater effluent to Jelgavas Udens municipal WWTP. Previously, the BOD and nutrient content have been too high to be efficiently processed at the WWTP but the situation has been markedly improved by the new pre-treatment plant. 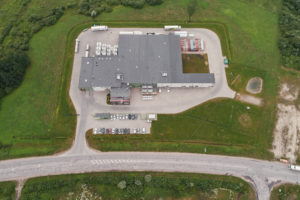 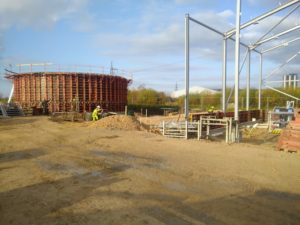 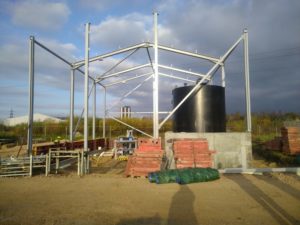 Photos from the construction phase of the pre-treatment plant. The flocculation investment was placed on the field in the upper-right corner of the factory (aerial picture taken before implementation, Picture Latvijas Piens LTD) 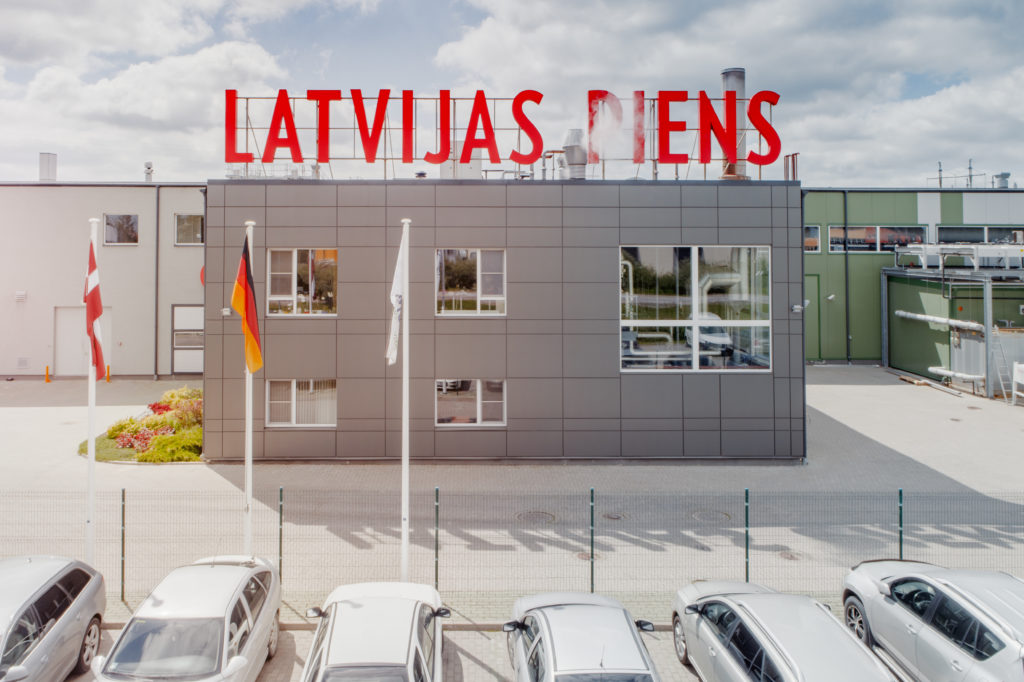 SIA “Latvijas Piens” is a milk processing company with an average production volume of 250 tons of milk per day. The company’s activity in Latvia is focused on making of cheese and industrial dairy products. The first stage of the operation of “Latvijas piens” factory commenced on 21 June 2012, with the production of cream and skimmed milk concentrate. With the launch of the second stage of the factory in early 2013, the assortment has expanded with a variety of matured and fresh cheeses.